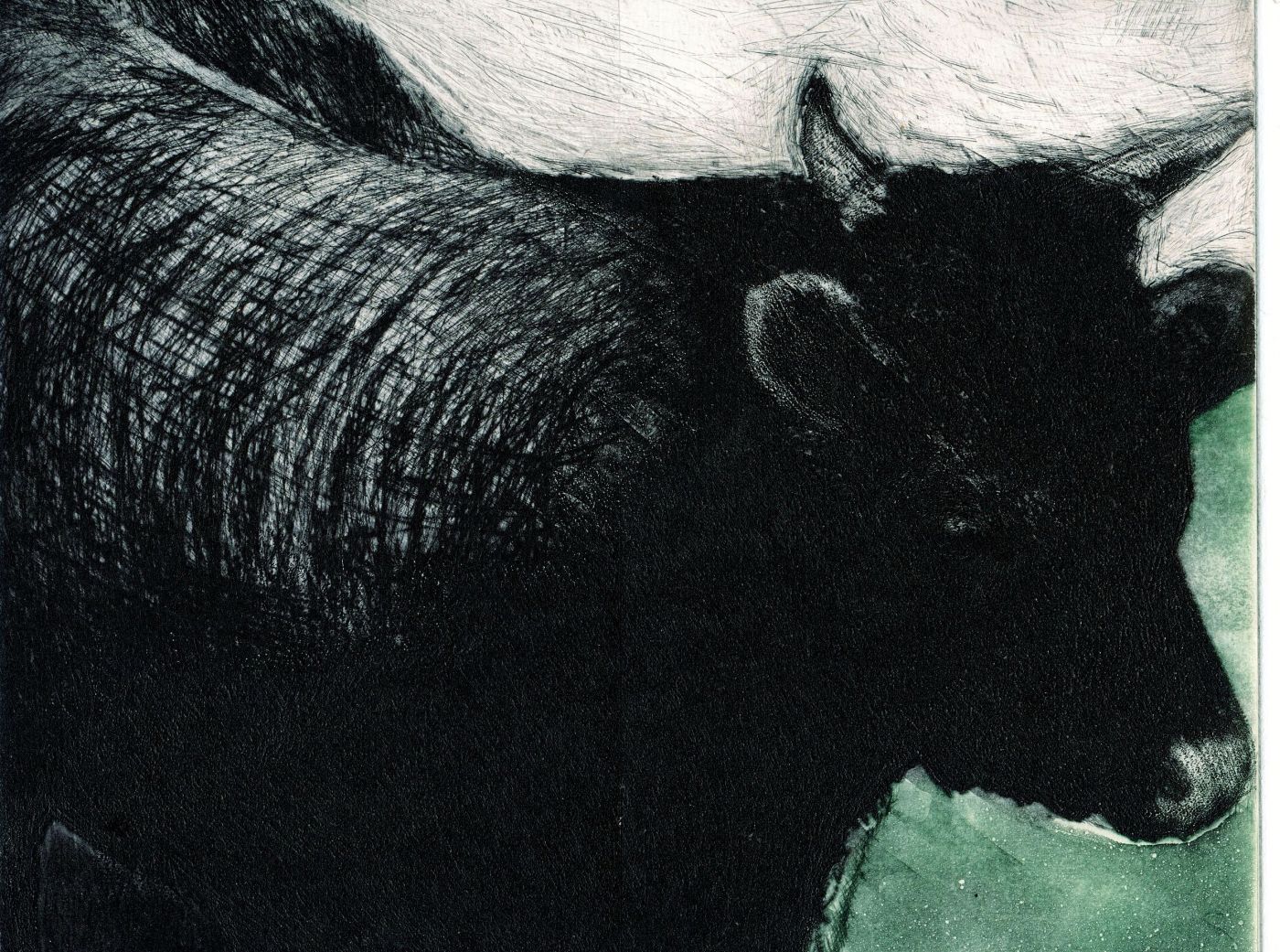 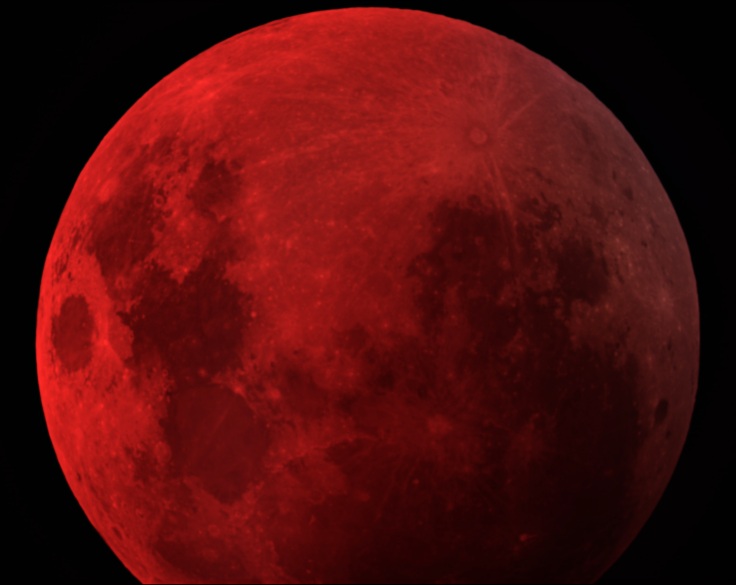 Jim Todd, head of OMSI’s planetarium in Portland, said the moon will be in the constellation of Taurus and near its northernmost point in its orbit.

In the northwest, the show starts at 3:33 a.m., when the shadow of the Earth starts hitting the moon. It begins taking a small bite out of the moon around 4:45 a.m.. That shadowy circle of the Earth is called the umbra.

Todd said that there are some surprises awaiting viewers. 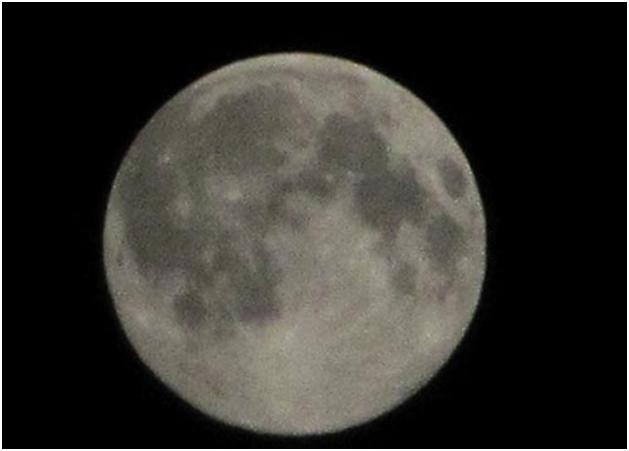 “What makes it so much fun is that no one can predict what color the moon will turn during totality,” Todd said. “Will it be bright orange, or blood red? Only the shadow knows.”

(if you live somewhere other than the west coast, you can find out find out the eclipse times for your area with this lunar eclipse computer, courtesy of the U.S. Naval Observatory.)

According to the tropical zodiac the Eclipse will cover the axis from a Moon at 18 degrees of the sign Gemini and the Sun at 18 degrees Sagittarius. If this were a person, the chart would look like this: 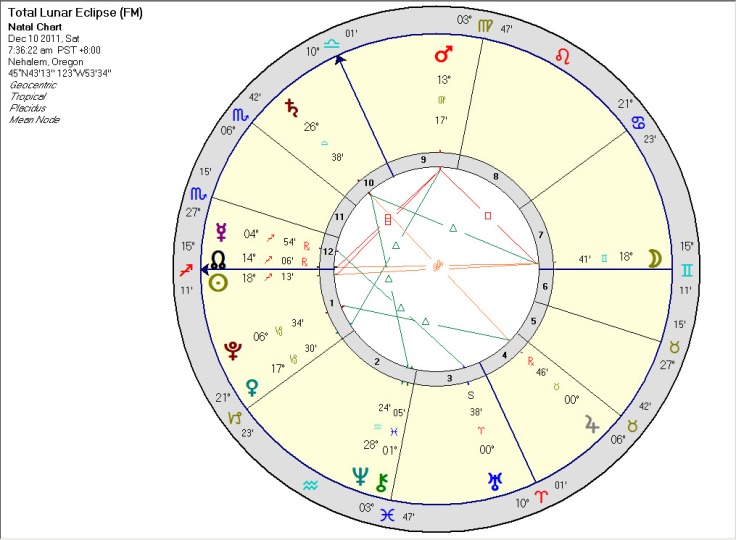 You might notice the planet Mars up at the top squaring the Sun and the Moon. We don’t really know how to interpret eclipses—but we can speculate that since what was so visible suddenly goes dark or perhaps red and then a few minutes later—it returns in all its glory. A birth of sorts with all that implies…from light to dark to light. With Mars at a critical point (the tip of what we call a T-square) in ‘conversation’ with the Gemini Moon and the Sagittarius Sun, we could say that this moment in time calls for calm and a level head – Mars is such a passionate energetic guy – headstrong and willing to go the distance. In an article in Mountain Astrologer , Gary Caton addresses Mars and this eclipse this way:

We should also note that the Moon is in Gemini at this lunar eclipse. Gemini, an Air sign, is compatible with and helps fan the flames of the Fire placements. In alchemy the Air element expresses itself through the operation of Separation, which involves rediscovery of our true essence and the letting go, or cutting away, of the self-inflicted restraints to our true nature. Mars rules cutlery and is the planet associated with the operation of Separation, as the goal is to cut away any remaining dross or falsity. Mars in Virgo is t-square to this total lunar eclipse and transiting Mars will be doing his retrograde dance in Virgo for the first four months of 2012. So the operation of Separation will be carried out via the use of critical thinking skills (Virgo), which will assist the Air element (intellect) in sorting and sifting through our lives. What parts are working and worth keeping and what parts need to be cut loose?

That would be a great question to ask yourself at this time—this potent time—a full Lunar Eclipse.

Find where the Moon would land in your chart at 18 degrees of Gemini and the Sun and take a moment to use some critical thinking about YOU and your life and what parts/jobs/relationships/attitudes could use a healthy Separation. What restraints could you release and thus find a little freedom—if you let the dark be dark, take a moment and slow down–yes–I said, slow down—Wait for it!   Ahhhh the light emerges.. Newly.

But wait—there is yet another fascinating thing about this Eclipse.  The Moon is right on the horns of a dilemma!

See that moon in the center of the horns of The Bull? Can you think of any other Bulls you see around the television machine? Keep it clean. 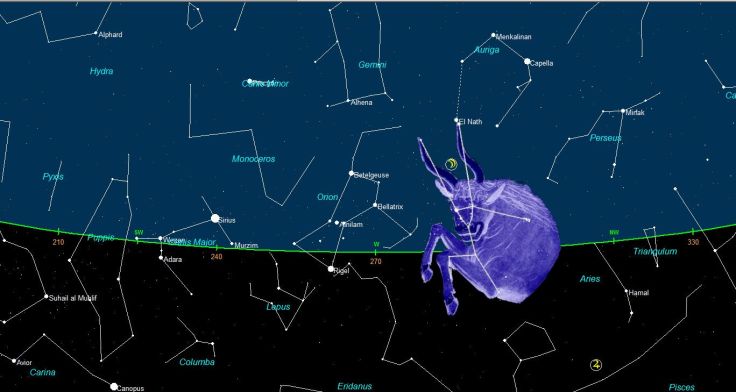 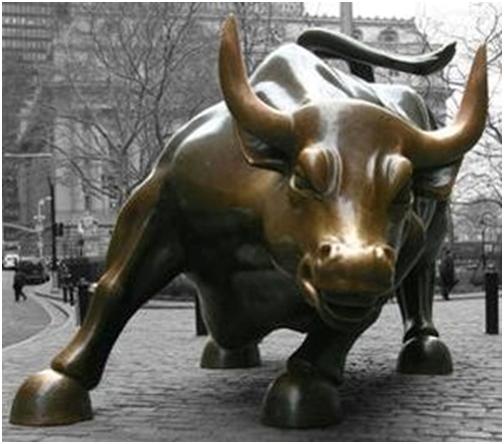 Just fyi—the Moon is often said to represent “the people” in mundane astrology. I can think of several ways we could see this, but let’s look at Bernadette Brady’s writing about the constellation called The Bull from her program Starlight (found at www.Zyntara.com ):

This is one of the earliest and most noted constellations probably due to it marking the vernal equinox from about 4,000 to 1700 bce in the golden age of archaic astronomy.

As the spring equinox slipped into the stars of Taurus, The Bull with its red eye became Horus the son of Osiris to the ancient Egyptians. To the Phoenician the bull-god was called Father of Men and was given the title of El, meaning bull.

El was worshipped throughout Syria where the Persians labeled the great red star in the eye of the bull as their Watcher of the East. For them a great ancient cult surfaced involving a figure called Mithra who was a god of the first magnitude, one of military valor without rival and was said to ride the solar chariot across the sky. He was also known as or linked with Ahura Mazda, saviour figure known as the Bull-Slayer, a humanized version of the Bull who seized a great wild bull by the horns and rode him to exhaustion, after which he slayed the bull whose wounds and spilt blood produced life for the earth. His worship involved a baptism of bull’s blood where the initiate stood in a pit underneath a slotted platform and was showered with the blood of a sacrificial bull slaughtered on top of the platform. The initiate would bathe in this blood and ensuring that it touched eyes, ears, mouth and body and drink it as a sacramental act. Thus the initiate emerged from this pit cleansed of sin, washed clean by the blood of the bull.

The Egyptians also annually slew a sacred bull in atonement for the sins of the realm. The concept was that the blood of one god, or the symbol of that god, could cleanse the sins of many. However, after two thousand or so years the spring equinox slipped from Taurus, the Bull, into Aries, The Ram, and this heralded the birth of yet another new god, this time emerging from the Israelites. They distinguished themselves from the bull-worshippers by using the blood of the lamb as a sacred fluid and symbol. For Moses was leading his people, chosen with lamb’s blood, to a new religion. This was the new world age marked by Aries and thus a new god was required. Returning from Mount Sinai with the new laws of the new world order, (the Ten Commandments) Moses was angered that his chosen people were looking backwards to the bull (Golden Calf) instead of forward to the lamb.

In later mythology, as the Bull began to slip from the equinox to make way for Aries it took on a more negative essence as shown in the Greek myth of Jason who had to tame a fiery bull in order to pass one of the tests towards claiming the Golden Fleece of Aries (the incoming god). In another case, it is the bull of the Minotaur, placed in a labyrinth by King Minos, who fed on sacrifices of human flesh until conquered by Theseus who came out of the labyrinth and into the light. The Bull in these myths is seen as darkness or anti-life as it becomes the old religion making way for the god of Aries.

Are the people being washed clean?

What could you put on the altar that needs to be renewed and washed?

Whew! you might say after participating with this magnificent event called a Total Lunar Eclipse. A four star movie that you can’t order up on Netflix. Magnificent.

I tell you what—I look at Susan’s painting and prints newly now…across the road from our home is a pasture and there is a Bull who used to live there. She named him Buddy. And he lives with us in paintings and prints and you bump into him all over our house.  We even sent out a Christmas card with Buddy as the main event! 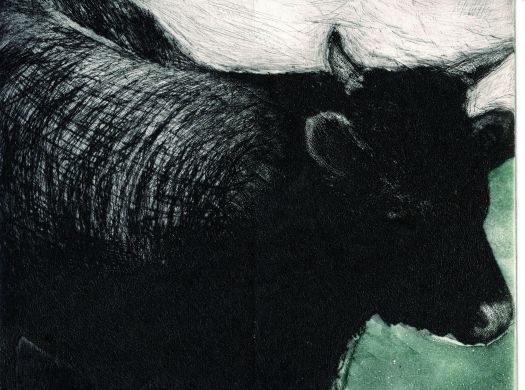 um– I guess you could call us women who run with the bulls!

Enjoy the Eclipse and may all that is troubling you be washed clean and may the power of that magnificent animal stand up and fight for the “people”—for us.

8 thoughts on “About the December 10th Eclipse that hopefully we will see!”