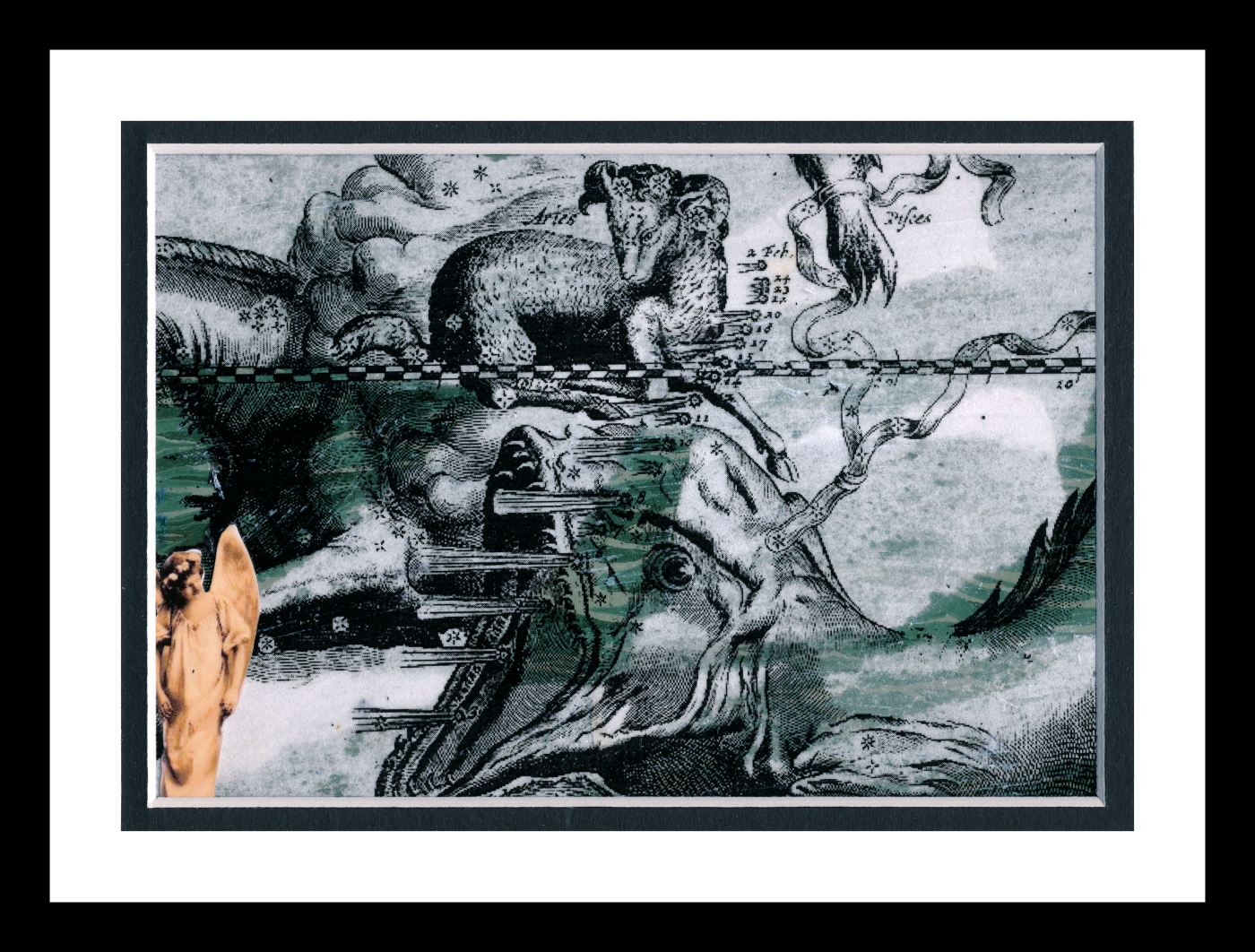 I said that to my friend and colleague, Margaret Gray, yesterday while bemoaning the transits of our times and the fact that even though I’m doing all the right things, I haven’t lost a pound (and yes I’m working on that) in two months.  Plus the economy is whako and…and… I said—out loud.  Why me?  I mean—I’ve been good.  Actually I was impersonating Bill Cosby impersonating Noah and God.

–Call me intuitive or smart or in touch with the divine, but I just know Noah had to have been born near the constellation Capricornus carrying the story of the Sea Goat–that ever so practical animal in the night sky who would tell the people how to handle hard times like floods and such. Or maybe Noah had some planet in the mid degrees of Taurus and heard a voice from the deep. Maybe Noah was being stared at by the monster from the black lagoon—the leviathan—the whale who ate Jonah—that whale (not Free Willy). That whale called Cetus.   Ahhhhhh maybe that is it.

Bernadette Brady describes Cetus in the Starlight Program as:

According to the Greeks, Cetus is the sea monster who was sent to devour Andromeda. Perseus, however, saved her by using the severed head of Medusa which turned the sea monster to stone. But the stories of this whale in the sky seem to predate the Greek version. It has had various forms but it is always some aquatic beast that blows water from a blow hole. Cetus has been illustrated at times with a dog’s head and forelegs and with a mermaid-like tail. It would seem that this creature is more like the fresh water mythic creature the Loch Ness monster than a marine whale in that it represents an unknown beast from the depths rather than what we know as a gentle giant of the sea. Aratus in the 4th century B.C.E., referred to the constellation as: “the hateful Monster Cetus”. And Jobes referred to it as representing a monster “that rises from the dark nether sea with a ravenous appetite for humans”. Christian mythology saw this as the whale that swallowed Jonah, whereas the Arabs broke it into three separate constellations: The Hand, the Ostrich and the Necklace.

The Brightest star is Menkar, the nose or jaw of the whale.

Like all of us, I am trying to figure out how to maneuver through these times and how to assist my clients as the waters appear to be rising (think the new phrase referring to mortgages~ “my house is under water”.)   And these times do indeed call for something akin to the building of an ark.

I mean when you look at the news or the transits — say Pluto squaring Uranus or Saturn squaring Uranus or Pluto opposing Saturn or…take your pick–I feel like Noah being given a job–build an ark!  “Get the animals on board and stay on top of the waters and I ain’t just whistlin’ Dixie sayeth the Lord!”  (well I don’t know if that is biblical but it feels right)

I also identify with Noah’s disbelief that this could be happening–oh say with the economy or with riots or with the clear and present revolutions occurring–and I can feel as Noah did that he was being “put upon” — he was tired and frankly pissed that he has to “do something”.  Remember this one?

Ri-i-ight–this isn’t a shower.  It isn’t even personal.  We are watching the earth and the structures that we might have thought stable tumble and wobble; people that we expected to bring wisdom and sanity scratch their heads in amazement at their inability to do so. And– Like Noah, I protest—hey I’m retired!  I should be able to kick back and enjoy my golden years and not have to think about arks.

Noah says to God—and what about that mess down there in the ark?! Who’s gonna clean that up?   awwwwwww man.

Heading to Starlight to see just what might be happening in the watery part of the heavens, I find Jupiter right smack dab in what Darrelyn Gunzberg has named: The Stare of Cetus.  Hmmmmmm

Awhile ago, Bernadette Brady wrote in the Visual Astrology Newsletter a piece called “Saviors Need Not Apply” . The title alone caught my eye. (and that piece was about Jupiter in the sky stories). I was reminded then of that other eye –the eye of Cetus.  Darrelyn Gunzberg has brought that one to the surface with her eloquent writing and fascinating inquiry into what that whale means for people and “the” people.

She says of Cetus the whale in the April 2008 Visual Astrology Newsletter:

The ram of Aries shares his glory with no one and Cetus the Sea Monster is the unknown beast from the depths which can erupt bearing with it moments of great insight or chaos. When a planet/luminary passes through this area of the sky, then, depending on which planet/luminary that is, whilst it may imply independence or supremacy of an individual or a concept (in Aries, the Ram), it comes at a price, for it is trapped in the stare of the sea monster and there will be hidden issues which sit beneath it.

and more about Cetus in the May2008 VAN

(does Bill Cosby have anything connected to that whale and were those riffs “messages” as only great comedians can impart?)

Well lookie here—Bill Cosby does have the brightest star in the whale in paran with Jupiter. Quoting from the report that Starlight can generate for one’s sky story:

Menkar-The Whale, with Jupiter in Foundation

Feast or famine, the fickleness of life

Menkar is the alpha star of Cetus the whale, and this whale represents the human collective unconscious, that can erupt like a beast from the deep bearing, with equal probability, moments of great collective insight, or chaos and mayhem. Symbolic of these unconscious forces, Menkar’s effect on your life, via its paran to Jupiter, can be difficult. However, the collective unconscious is not always evil or dark, it can also be great and glorious. Jupiter will soften the impact of this star, and indicates that if you follow your intuition and reach for the big picture your success can be based on popular support. This can result in many different expressions. The record breaking and successful sports person, the gifted teacher, or perhaps the lawyer who represents a large collective issue. This really is a stellar combination of feast or famine. If you aim high some of your ideas and plans will definitely become popular, but at other times you will fall from grace. Learn to ride the waves and the valleys.

And Cetus is staring at the wandering star Uranus in Bill Cosby’s sky story as well. 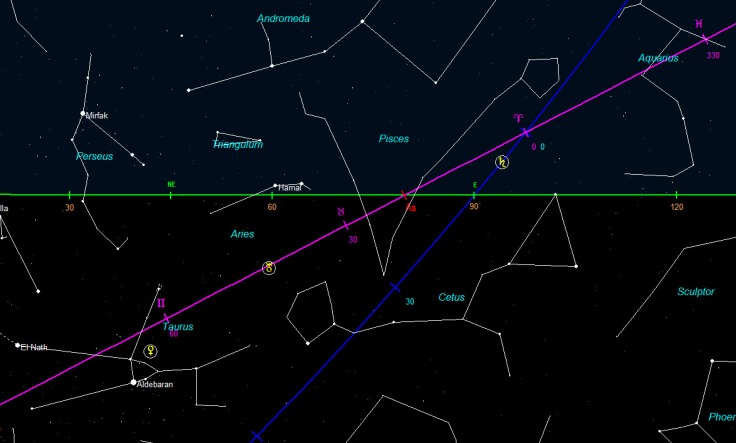 As with many comedians — as with the Jester — the truth get told.  Think the current Jon Stewart show where many of us now go for our news :)–and I’m not kidding.

There is revolution in the air. And Arks to be built. Yup.  But as Noah says:  um….what’s an ark? 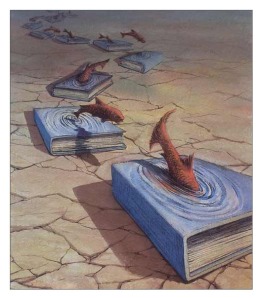 Since I’m identifying with Noah today.  This is getting interesting.

Another twist is that in the night sky story’s cast of characters — Jupiter is considered the Crown Prince. That is the part he plays on the silver screen. And as we said above, currently (like right now) Jupiter is “in the stare of Cetus”.  So um…. Speaking of “crown princes” wonder who else in on “ark-duty”.  Note to God:  Call Barack.  Tell him about the ark thing and that there is no compromise. 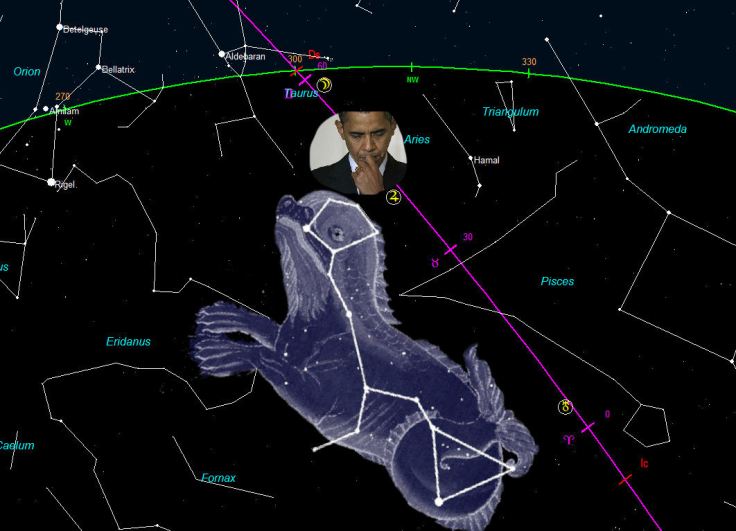 About an hour ago, I heard about a friend of ours who for the umpteenth time is in hospital–a broken bone–now needing Physical Therapy–(she is in good hands and will be ok)–and–She is Mega Taurus–with Cetus staring at her Moon, Uranus and Venus!!

This woman is amazing—she just takes the pain and inconvenience and suffering and transforms it into smiles and love for all–and I do mean ALL.  She turns what is tough and chaotic into music and gratitude and courage.  Frankly she is quite impressive and a grand example of how to manage that stare from the deep.

Plus she attracts the greats. 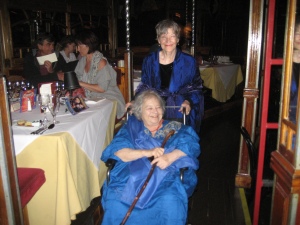 —seeing her chart, one is not surprised when Joan Baez picks her out of the crowd, walks over, takes her hand and sings to her. (now Elaine will be the first to tell you that that had happened before—with Joan herself at another event–yes–Joan Baez loves Elaine Levine.  It is on a tree somewhere in the forrest.with a heart around it–carved. ). 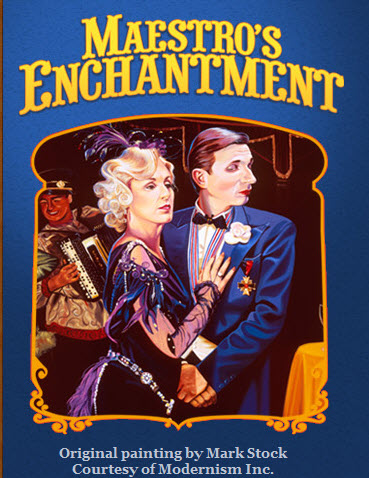 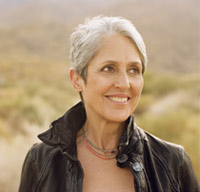 Good work with that whale, girl.  This song’s for you.

PS–Darrelyn recently wrote a very moving piece about Amy Winehouse and her life lived in the stare of Cetus in the July VAN  (You can sign up to receive these newsletters at http://www.zyntara.com–well worth it!)

She writes: The eastern horizon

Additionally, rising in the east and lying above that eastern horizon and along it at the time of her birth was Cetus, the Sea Monster, carrying hidden issues from deep within the collective. Those issues found a ready voice in Winehouse. Lyrics that were intensely autobiographical, a voice that was suffused with gritty realism, the more complicated her personal life became, the more successful she became as an artist.[8]