Supermoons produce high tides.  This is known.  If you have to set sail—if you have anything that needs to get off the dock and on its way—pay attention to this time!

In individual life endeavors, they present the times the surfer can “catch the wave”.  Have you ever watched this process; have you ever seen it happen?

Go to YouTube; there are videos, especially at this time of year, films of the winter storms bring the waves to the Hawaiian Island beaches.

The wall of water rises behind them.  Frantic activity.  Mad paddling.  People rise up on their boards.  Some wipe out.  Some miss the timing.  But some few…hit it.  They’ve caught the surge, they’re in the tube, they’re on that thin line of creative actualization, they even…ride it all the way in, peeling out before the wave finally collapses.

Is there some area of your life that is waiting in the zone, waiting for that perfect wave to ride into shore?

Maybe…it is now.  This weekend.  Even if you live in the heartland of America, go online and find a tide table.

Notice that the tides are not in sync with the Moon’s pull in time; they do not exactly match it.  Luna/Selene shoves the waters of the Earth in front of Her by about 1.5 – 2 hours  (or, perhaps, drags them behind Her with a 10-11.5 hour drag).  But look at the times of high tides.

And get ready to catch the wave.  Cowabunga!

re: Howdy Doody and Kowabunga and those of us old enough to remember 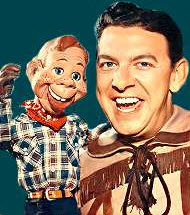 ” Howdy Doody scholars have suggested that Cowabunga! Is “subliminal or coded profanity.” But Buffalo Bob Smith “strongly resented any insinuation of profanity and respond to the charge in ‘Howdy and Me” by Mr. Smith and Donna McCrohan (New York: Plume Books, 1990): ‘.the implications of Kawabonga were always squeaky clean.’.

Kawabonga, in any event, was soon taken up by surfers, who changed the spelling of Cowabunga! It was an all-purpose cry of exultation.”