For thousands of years, we humans thought the Earth was the center of the universe — until we discovered we weren’t the center, and made the Sun our center, with our visible planets orbiting circularly around the Sun in a more or less flat plane.

Then we located the “outer planets”. Then we discovered that, in fact, we were one of a number of centers and satellites, or galaxies.

It took us a long time to discover all this, first by eye, then by telescope, but always by conjecture and theory.

As our understanding of the nature of our system took shape, our social structures evolved parallel to that understanding: centers with satellites translated into chiefs and subjects, popes and congregations, presidents and employees.

As our view expanded telescopically, we quested for the ultimate center, and we arrived at — emptiness, and the systems moving equidistantly from each other.

Robert Jastrow, space scientist and author of Until the Sun Dies notes:

“. . . if you were sitting on a planet in one of the other galaxies in the Universe, you would observe the galaxies around you receding in exactly the same way that an observer in our galaxy sees our neighbors moving away. Your galaxy would seem to be at the center of the expansion, and so would every other galaxy; but, in fact, there is no center.” 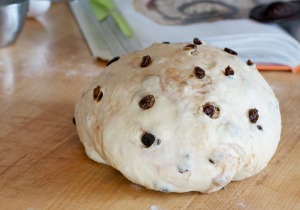 “To understand this statement more clearly, imagine a very large, unbaked loaf of raisin bread. Each raisin is a galaxy.

Now place the unbaked loaf in the oven; as the dough rises, the interior of the loaf expands uniformly, and all the raisins move apart from one another.

The loaf of bread is like our expanding Universe. Every raisin sees its neighbors receding from it; every raisin seems to be at the center of the expansion; but there is no center” (Jastrow 8-9).

Additionally, we have learned something else about the nature of centers and satellites.

This represents a paradigm shift in both scientific and social thinking — from universe as dependent functions of an ultimate center, to the universe as relational; from the atom to un-seeable space, everything is a center in relation to everything else, or omnicentricity. The internet is a concrete manifestation of the omnicentric principle — each a center connected to all centers, potentially, by volition and capability.

But our social systems have been slow to reflect our new understanding of the cosmos, and governance at all levels — nation, state and local — and social and family life continue to insist on a center around which everything satellites and from which the satellites derive their power.

In astrological symbolism, the planet Uranus represents the desire for freedom as an outcome of enlightenment: as such, it is associated archetypally with such mythic figures as Prometheus, the Greek titan who brought fire to humanity. Historically, Uranian cycles can be shown to indicate periods of human revolution, when the collective desire for freedom outweighs historically confining governance structures. Astrologer Lynn Bell, in her address to the astrological conference in Seattle in 2010, traced radical events when Uranus has previously entered and transited in the hot, fiery sign of Aries:

At the time of the March 11, 2011 earthquake and tsunami localized in Japan, 7 of our system’s 10 planets

were concentrated within 60 degrees of longitude of each other, with Uranus in Aries in the heart of the mass.

We are seeing in our time graphic expressions of our evolving consciousness about the relation of the mass to the center, and the power of the mass to move the center, with far reaching consequences for systems of governance and relationship.

In our own lives, expressed in the symbolism of the horoscope.

Looking for the house and planets in which these Pisces/Aries transits are moving will show us where we are experiencing our own paradigm shift away from an historical center to a radicalized, potentially more democratic, omnicentric inner system.